Back to all posts

Our team knows the FAFSA®–and the common mistakes made on it.

Over the last 3 years, we’ve helped thousands of students fill out the form (using our FAFSA® Made Easier), and walked countless confused parents through how to correctly report their complicated home/financial situation.

Here are the top 14 most common FAFSA® mistakes we’ve seen, in rough order of most common to least common.

For your FAFSA® to process correctly, you need to enter both student and parent names, exactly as they appear on each person’s Social Security Card.

But for many people, this can be confusing. Your “usual” name (even the one they might be enrolled at school with, or signed up for a bank account with) might not precisely match your legal name. Common mistakes include:

The FAFSA® form uses “you” or “your” to refer to the student. However, since parents often fill out the FAFSA® on behalf of their child, this can get confusing. Parents regularly answer these “you” questions about themselves, rather than their child.

Of course, this also leads to some less funny paperwork (and delayed financial aid) later on, usually when colleges ask families to “verify” their reported information by sending in tax transcripts, etc.

So don’t be this person: Remember that you/your refers to the student!

(Psst – On the Going Merry FAFSA® Made Easier, we often add the student’s name for commonly confused questions, to make this clearer. Plus, we’ll show warning messages if you put in any “funny” or unusual answers like the ones above.)

We at Going Merry see this error so often that we call it the “round number problem.”

The FAFSA® asks very specific financial questions on the FAFSA® like:

All of these questions are accompanied by detailed instructions on which tax forms (and even which lines on the tax forms) to look at. However, every years, some families completely ignore these instructions and instead just estimate their earnings or income.

How do we know?

Because we say way too many forms with “round numbers” reported for all the financial figures. Very rarely are figures on taxes round numbers like “30,000.”

And why does this matter, if the number is just about right?

Well, these figures might look suspicious to a college financial aid officer, who might then ask you for additional “verification” — basically a formal process in which you need to supply evidence of these numbers via paperwork (like tax forms/transcripts), and then if there are discrepancies, the financial aid officer is required to manually amend your FAFSA®. All this is a bit of a headache, and more importantly, may cause crucial delays in getting you that financial aid money you need and deserve.

To submit your FAFSA® (and to get your FSA ID to sign your FAFSA®), you’ll need to enter your and your parents’ Social Security Numbers. A lot of times the federal government will not let you proceed because it will see that there’s a mismatch between these three key things:

Sometimes the culprit is just your standard typo — one number that was off. But we’ve also seen cases where parents have just entered the wrong person’s SSN.

5. School email instead of personal email

The government FAFSA® form just asks you for your (the student’s) email. Many high school seniors simply enter their school email address because that’s the one they use most often for “official” or “educational” stuff.

But that would be a mistake.

Most high schools disable student emails, once they graduate. So if the federal government tries to send you an email (to that high school email address) during the summer, or in the early weeks of college, you simply won’t receive it. 🤦‍♀️

That’s why it’s always better to put a personal email address instead, one that you’ll continue to have access to long after you graduate.

The FAFSA® asks you what grade level you’ll be starting next academic year (the one you’re applying for financial aid to fund).

For high school seniors, this usually means: What grade will you be starting college next year? That means the answer for most high school students should be: First year (freshman). However, students who are quickly skimming the form and seeing the key words “grade level” answer (too quickly, and incorrectly): “4th year / Senior.” Oops.

A related but less common version of this problem (but one we still see!) is for the question around what kind of degree the student will be pursuing. For most high school seniors, the answer is one of the following:

However, sometimes we see students incorrectly answer “Graduate or Professional Degree” because of the confusing naming. Students very reasonably (but wrongly) think:”I’ll be a high school graduate and am pursuing higher education for something professional.” This is incorrect because “Graduate or Professional Degree” refers to education you generally get after undergraduate college–like Masters degrees and PhDs, or to professional programs like medical school or law school.

Child support and alimony are both confusing on the FAFSA®.

First, there are specific questions related to the amount of child support paid or received. In either case, child support should only be reported on PARENT finances if it meets two requirements:

Related to alimony, usually alimony is taxable and therefore included in a parent’s Adjusted Gross Income. However, it is not reported individually/separately on its own anywhere on the FAFSA® form.

8. Forgetting to report some income (all zeroes)

In the rush to complete the FAFSA® close to the opening date (October 1), some families don’t double-check their finance sections. Since a lot of the questions are NOT relevant to many families (specific tax situations, deductions, etc.), what we see is families putting down $0 for everything, without reading carefully.

In the end, this means that sometimes families accidentally miss out on key lines/fields that they should have reported figures for. Common issues we see are:

The other reason we’ve heard from students is that they “didn’t have the right tax forms” to fill out certain fields, so they just entered $0 as a placeholder and forgot to go back to fix these fields. Eek!

(Psst – This is exactly why, on Going Merry’s FAFSA® Made Easier, we made fields skippable, so you don’t have to answer everything to move to the next question. At the end, you can toggle to see “Unanswered questions” so you remember to fill in the information you skipped before. No more adding $0 as placeholders you then forget about!)

If your parents still live together even though they consider themselves “separated,” unfortunately on the FAFSA®, you need to report them as “Married.” This also means you would need to report financial information about both of them.

10. Reporting the wrong parent (or missing a stepparent)

In the case of a divorce OR a separation in which the parents live apart, the student only needs to report one parent. Here are two important rules of thumb:

Choosing a parent is NOT related to which parent has more money, nor with how they report you on their taxes (e.g. if they claim you as a tax dependent or not).

However, on the FAFSA®, you’re meant to “round” to the nearest dollar, and ignore all cents. Unfortunately, some students miss this instruction and put in all the numbers.

Yep, big mistake. Unfortunately, when families accidentally enter $2.8 million as their income, savings, or investments, they become a lot less likely to get financial aid than if they had entered their income as $28,000.

12. Including the wrong things under “Investment net worth”

However, sometimes families still end up reporting things they should not. For example, the following should not be reported here:

Custodial accounts should always be reported as assets the accountholder (usually the minor/student) owns. So for the FAFSA®, if the parent is the custodian of a UGMA/UTMA account on behalf of their child, the balance in this account should be reported under Student finances, not Parent Finances.

You should also be careful NOT to double-report this. (Some families accidentally/incorrectly put it under both Student and Parent Finances.)

Yeah, we know. It’s because the FAFSA® is a bit intense. But that’s why we created the 100% free FAFSA® Made Easier, where we build in a lot of our learnings from common mistakes, to reword questions and provide more guidance/warnings when you need them. Plus, if you’re ever in doubt, you’re always one click away from our helpdesk of FAFSA® experts to support you. Sign up for Going Merry to access it.

And whether you use our FAFSA® or the government’s one: We wish you an error-free journey. May your FAFSA® application sail smoothly onto the computer of your dream college’s financial aid officer. And may it land you all the financial aid you need. 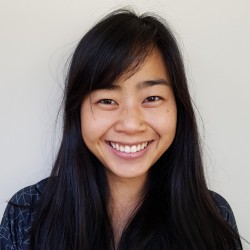 Charlotte Lau
Charlotte remembers the anxiety of college application time, trying to get into a good university and then finding enough funds to pay for it. She joined Going Merry as Head of Growth, to help make that college process a little less stressful. Charlotte holds a BA from Stanford and a MPP from Oxford—degrees both funded by scholarships. For several years, she also tutored academic writing and edited college/fellowship applications, as a side hustle.

Ready to find scholarships that are a match for you?

Get an estimate of how many scholarships you’re eligible for, instead. Just answer 7 quick questions.
No sign-up required.